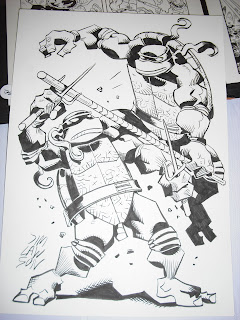 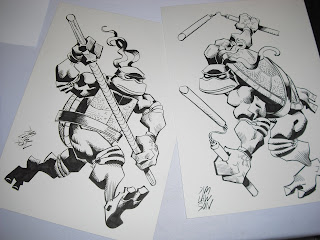 The 2009 New York Comic Con is now in the can. The show itself was great- although I have to say that it was very likely the busiest show I've ever done. I want to thank all the people who stopped by the tables and took time to talk to us and hang out. I saw many new faces but what always makes a show for me are the familiar "core" fans that always seem to make the effort to be there for us.
I was hoping to have some tales of after hours misadventure but we were all mysteriously well-behaved. I didn't embarrass myself at all, I don't think. Maybe we're just getting old.
Anyways, thought I'd post a few examples of commission sketches that were done over the weekend.
Posted by Jim Lawson at 7:33 AM