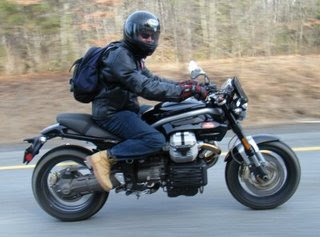 It's been a busy time here. This past Monday, I finally finished the last few bits of art for my big secret project that I alluded to last week. I guess I can say that it was for Ubisoft. Now the material is in the hands of the inker and I'm anxious to see the final art before it gets sent off. It should look pretty neat.

Yesterday I finished inking the last couple of pages for Dan's Nobody issue (Tales 60). It seems like I've been working on that job for awhile and it felt good to finally put that one to bed.

Also yesterday, I did my little piece for the Jake Black benefit artwork. If you don't know, the Mirage dudes all contributed a character to a jam style drawing featuring the Turtles and Casey. My guy was Michelangelo. It's my understanding that the art will be auctioned up on Ebay, with the proceeds to go to Jake, who is now battling cancer. As we were eating lunch yesterday, there was some talk about the possibility of making it into a print to try to sell at some shows, however I'm sure this is very preliminary st this point, and I probably shouldn't even say it without a real decision being made. What I can say is that the drawing so far, even in it's unfinished state, looks really cool. Look for that soon.

I continue to slowly plow through Paleo. Just a couple pages last week and this but enthusiasm remains high. I think I'll try to post some pages soon.

Speaking of posting- I've been somewhat neglectful of the blog lately. Hopefully with the return of a normal schedule, I'll be better about making regular entries. I always like when I go to one of the blogs I like to check out, and that there's new content. Pete's good at this, as he posts almost daily. I can't do that but I'm shooting for at least twice a week.

I haven't checked out Pete's blog yet today, but he told us yesterday that he was going to announce that the new TMNT movie is a go. That's pretty exciting news and I know that everyone, including myself, is highly jazzed about it.

Lastly, Talbot continues to learn how to ride a motorcycle. I know his schedule is very full, but he comes in or calls me and tells me about sneaking out for a little ride around his neighborhood. It's cool for me, to see how enthusiastic he is about the whole thing and we've already begun to talk about taking a big trip next year. I think we're both a little awestruck and jealous from watching Ewan McGregor's Long Way Round Series. It's so easy to put things off or to tell yourself you don't have time or can't afford it. I'm doing it right now- I took a pass on a 10 day motorcycle trip to Kentucky with a friend because I was too busy.
Posted by Jim Lawson at 5:58 AM